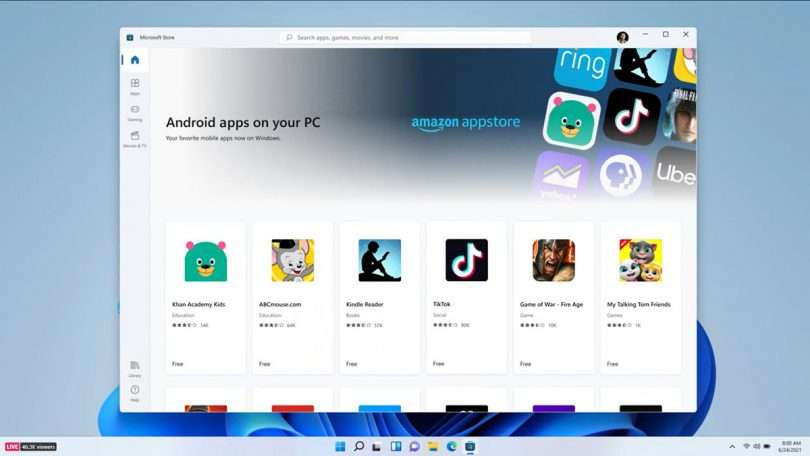 In this article, we are going to write about “Microsoft-bringing Android Apps to Windows 11” Windows 11 is the latest version of the Windows NT Operating System developed by Microsoft that was announced on June 24, 2021, and recently released on October 5, 2021. Microsoft also added that Windows 11 would have improved performance and be much easier to use.

Also Read: How to Install Windows 11.

but if we talk about the features of Windows 11, The most annoying one is the less functionality of the Windows 11 taskbar. And some features like the snap layout and Android Apps are the ones we are going to talk about.

It sounds good to hear that Microsoft-bringing Androids Apps to Windows 11. The chief product officer of Microsoft made this announcement at the launch event of Windows 11 OS (Operating System), And it will be a free upgrade for Windows 10 users. 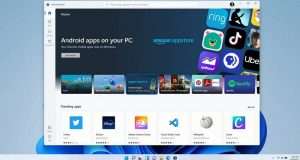 So, It means that now you can install and use Android Apps on Windows 11, But only if you jump through all the hoops and conditions set by Microsoft.

This feature is currently available as a preview for the PCs (Personal Computers) enrolled in the preview build of the Windows insider program with the latest version of Windows 11. Also, the support is currently limited to the United States, Which means you need a United States-based device to access the Amazon Appstore.

Microsoft has partnered with Amazon, So Microsoft will list the Android Apps in Microsoft Store and whenever a Windows 11 User want to download an Android App and click’s on the install button, Microsoft will direct the User to the Amazon App Store automatically and the installation process will be on its way, not just that a Windows Subsystem will also be installed with the App, which is the core technology that powers Android apps running on Windows 11 Initially, Microsoft has only launched 50 Apps officially in this preview build. Apps effectively run in a virtual machine, Able to sit side by side with other Windows apps. You can pin Android apps to the Start menu or taskbar of your Windows desktop and use all of the windowing and multitasking features of Windows 11 just like a regular desktop app.

The initial preview build of Windows 11 is a lot more smooth than we expected, But only if your PC meets the Minimum System Requirements mentioned below

A. Windows 11 now support Android apps, On Windows 11, the Windows Subsystem for Android is a platform that lets you run Android apps on your computer alongside Windows apps.

A. Yes, Android Apps are finally coming to Windows. You can now easily run these apps side-by-side with the help of the new Snap Layouts feature.

A. Yes, Microsoft has committed to ensuring that your applications work on the latest versions of our software and Windows 11 has been built with compatibility in mind.